K.B. Polychem (India) Ltd. is a branch of K.B Group of companies with 5-30 years of experience and has its manufacturing unit based in Madhya Pradesh. It is popular for its bespoke renderings of surface polishing solutions for different surfaces. They remain as the primary source of materials for a wide variety of top and base coatings essential for the Automotive, decorative, and industrial sectors.

Window passions has been a leader in the industry for almost 30 years now. The drapery collection are known for its bespoke luxury. We are happy and excited to share our acquaintance with the brand in the most recent event. Beryl had a tieup with Window Passions to showcase it's designing skills in the India's most luxurious exhibit Design ID.

With great joy we share our wonderful experience at Hemtextil, Frankfurt. It was a proud moment for us to join hands with a leading brand in the industry Krishna corp to exhibit our skills at the most prestigious exhibit in the world. We were successful in exhibiting the persona of Krishna corp as well as our brand identity. Let us walk you through our journey.

Blanc9 set it's foot in the Indian retail industry recently after gaining popularity for its uncompromising quality in the European, American and Middle Eastern markets. It's a high-end fashion brand that offers hand-picked clothing choices for women and kids. Their collections include assorted and premium home decor commodities that are trending.

We live in the age of efficiency and optimization. What does not suit the bill is scraped off. We have been witness to the times when the super computers became desktops, the desktops became laptops, when they were further digitalized and optimized to become tabs and eventually our smartphones. Our smartphones too for that matter were reduced to size and optimized in terms of data and the growing needs, as a result it has been going thinner and thinner. If there would have been a Darwinian theory for data which spoke about the ‘survival of the fittest’ it would optimize the data in the most compact, strong and optimized fashion of enveloping data. What’s not necessary and over-the-top needs to be removed.

TraveloPedia is a travel plans curation website which eases your adventure plan into motion. For something as exciting as working on a website that facilitate travel plans and deals with the interesting and socially pervasive aspect of travelling, it came upon us with its own set of challenges and advantages. We, the people at Beryl India take the challenges and opportunities both in our stride and pave a path of success for us and the client.

There is an old saying for the clients and the service providers which translates to a simple sentence that if the client is asking you to then five steps to help the product, you take a few steps in addition to be able to deliver on a larger scale effectively and efficiently. We at Beryl India strive to live up to that saying. After all, if one is operating in the market, the market is made up of varied calibre competitors, the task is not just to be your best but to emerge as a convenient and obvious choice on the tip of the consumer’s tongue.

Koko Tawa is an upcoming healthcare brand making its base strong in India. They look forward to export and take healthcare to another level with the help of their products. The conglomerate logo of Koko Tawa consists of basic working of a living being and not just humans. This means that the brand doesn’t want to leave even a single aspect of the healthcare industry.

The Digital Giving Inc, is an e-invite app. It makes electronic invitation cards. With a wide variety itineraries and designs fit for every need the client asks for. Unlike the competitive brands which are available in the market in respect to the nature, they are extremely generic and ‘ten’ size fit ‘hundred’. In contrast to which we have a much wider range to offer choice from.

Colorbar USA is one of the leading brand of color cosmetics that focuses on providing innovative products in a wide range of colors. The brand represents the women who is independent, vibrant, and intelligent. It is a brand that provides quality with assurance of advanced products available in wide variety.

Simplicity and design when put together uniquely, leaves the visitor astounded. As once quoted by Leonardo da Vinci, “simplicity is the ultimate sophistication.” While this lays its existence for centuries and time immemorial, the philosophy carried by designers stays relevant still today. Some of the biggest brands which you can recall give you the ease and space of making your choice in the face of chaos and clutter. We have set the theme of the website of Gold leaf in an identical fashion.

Aditya Homeopathy is an online clinic which is changing the mindsets of people to prefer homeopathy over other treatments for its varied gains. Having a base of 2 physical clinics in Delhi, patients from over 10 countries trust Dr. Aditya for his approach and assimilate knowledge.

FinServe is a team of professionals who work together for design and implementation of comprehensive solution for sustainable credit rating. Their experience in the industry is their competitive edge that helps the client to gain loyal insight of their portfolio.

Librelle packaging is designed in a way to complete every woman’s unfulfilled secret desire of acceptance and quality of a sanitary napkin. With Librelle, we aimed to add up to the confidence of women who finds that the acceptance of menstruation and its related products is crucial. A product of Koko Tawa, Librelle has created a woman who is independent and finds strength in her femininity.

We live in the age of efficiency and optimization. What does not suit the bill is scraped off. We have been witness to the times when the super computers became desktops, the desktops became laptops, when they were further digitalized and optimized to become tabs and eventually our smartphones. Our smartphones too for that matter were reduced to size and optimized in terms of data and the growing needs, as a result it has been going thinner and thinner. If there would have been a Darwinian theory for data which spoke about the ‘survival of the fittest’ it would optimize the data in the most compact, strong and optimized fashion of enveloping data. What’s not necessary and over-the-top needs to be removed.

Carving the soul of the organization through visual representation

GleeVoaz is a firm which performs the function of Digital transformation. When we came on board with the people from GleeVoaz we realized that intricate function of the company later we set our foot deep into the soil as to come up with the logo of the firm which reflects the soul of the firm. Realizing that Digital Transformation is the core function of the firm we reinforced our ideas into the visual representation of the idea. When a layman thinks of data what comes to his mind is a block or a series of blocks of ranging colors and size but in an orderly and geometric form of matter. A gradient blue block-like arch escalates to an upward slope and later curls its way downwards. The block signifies the analog data which flows in the system and difficult to processes, if you pay attention you will be able to see that there are no inconsistencies in between and it’s a thick gradient blue structure. Analog data is data that is represented in a physical way. Where digital data is a set of individual symbols, it is stored in physical media, whether that's the surface grooves on a vinyl record, the magnetic tape of a VCR cassette, or other non-digital media.

The gradient blue block which escalated in an increasing slope then curls its way downwards and slowly disintegrate into smaller gradient blue bite sized dots and with each shade going lighter than the previous one they turn into green, making a circle like formation with the dots.

The representation of dots in the logo

Because colors say a lot about the brand

The choice of gradient colors is selected. A gradient is a graduated blend of two or more colors or tints of the same color. This enhances color blends, add volume to vector objects, and add a light and shadow effect to the logo. The choice of gradient colors has been thoughtful as the transformation and the transgression of the data had to be visible and evident to the users. 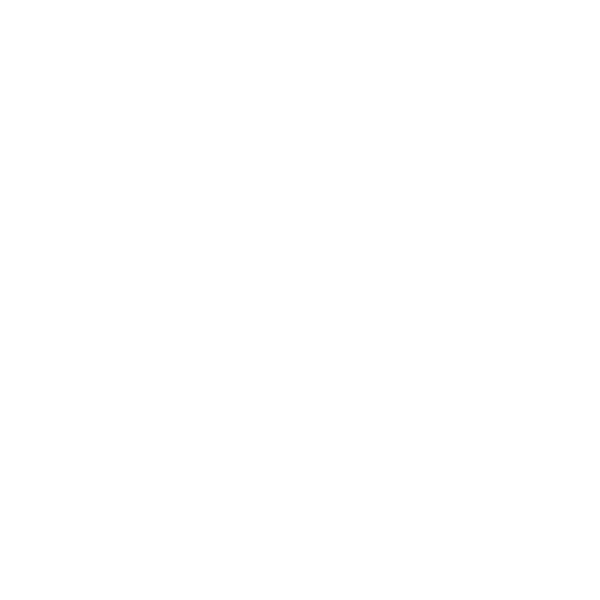 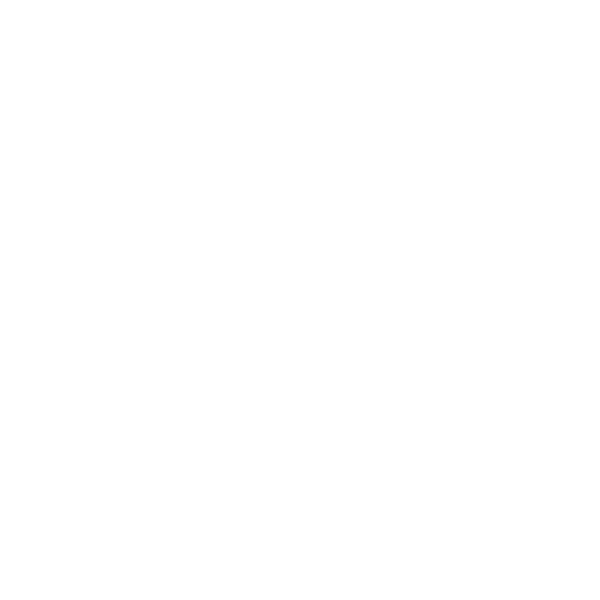 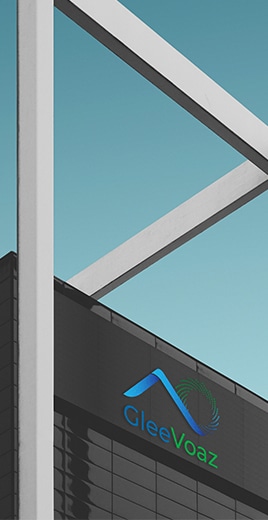 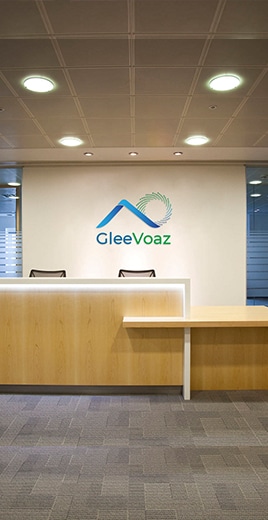 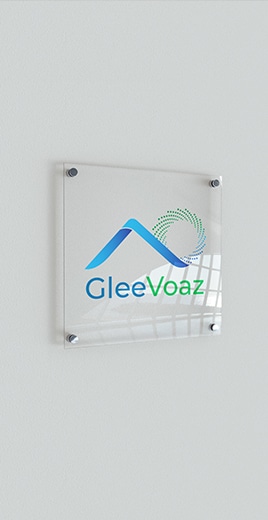 Speaking through the logo

There are not many logos in the market of companies which dictate the function that is performed by the appeal of the logo itself, we made it possible with the logo of Gleeovaz. Focusing on the usability and adaptability aspect of the logo we have made sure that the background which is chosen is transparent in nature. The user now will not have to take ten things in consideration while using or applying the logo in a different format. In the same line of thought, the way by which a person recognizes a firm is by its logo, even before you see the name attached the firm. For all you know it could be the only thing that you end up remembering. Making a succinct and efficient way of communicating information about your business thus making a significant impact on a firm’s public perception.